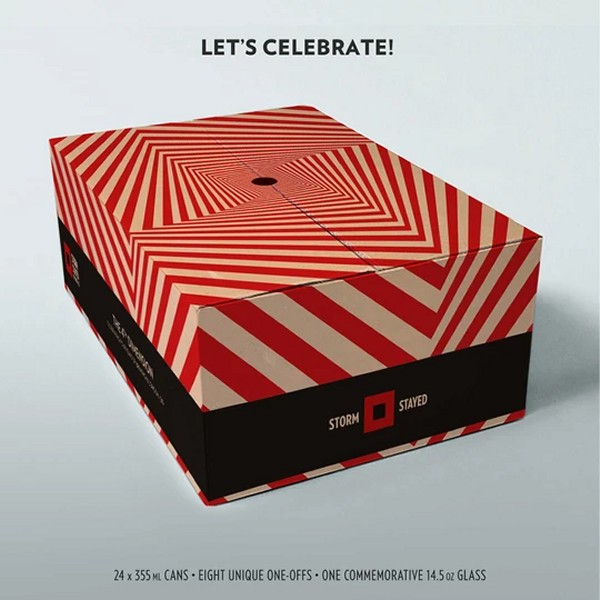 LONDON, ON – Storm Stayed Brewing has announced the release of a mixed pack of eight exclusive beers to celebrate its latest anniversary.

The 4 Year Anniversary Box is a case of 24 x 355 ml cans featuring the following beers:

The box can be pre-ordered now for $100 via the Storm Stayed website, and will be available on December 14th for pick-up, local delivery, and shipping across Ontario. Pick-up and local delivery orders will also include a free tasting glass.