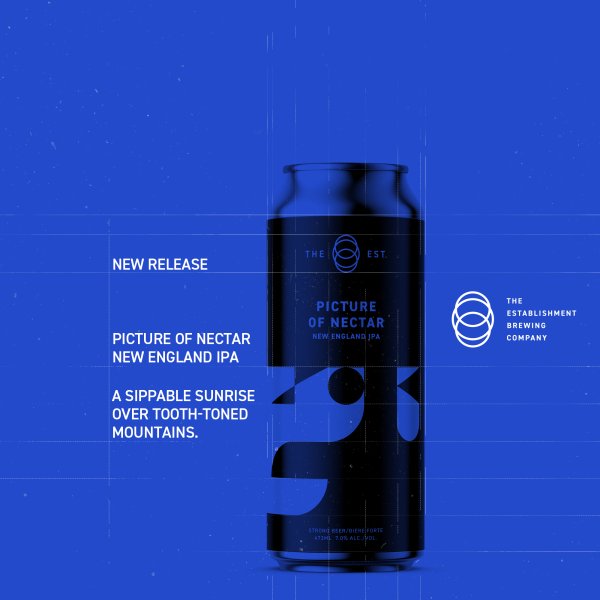 CALGARY, AB – The Establishment Brewing Company has announced the release of a new beer inspired by a jam rock classic.

Those of you who were at the table when we served up Food for Clouds might remember it as our first NEIPA to fall just shy of white can territory while not quite fulfilling the skyrocket prereqs. Like the sustenance for cumulus that came before it, this beer was brewed to fit a more freeform, improvisational, hip-hopped playbill. While not technically nectar, this beer certainly is the very picture of it—especially when framed in a glass.

This beer is a teacher. The lesson? That, just because it looks like a juice, and drinks like a juice, doesn’t mean it’s not a high power New England IPA. This pretty-as-a-picture pour is wham, bam, (thank you!), jammed with heaps of hops from the land down under. It’s nothing if not a surefire way to let your tongue live while it’s young. Even if it’s not. So grab a pal, grasp one of these and shoot the breeze, please.

Brighten The Corners is available now at the Establishment retail shop and online store while supplies last.