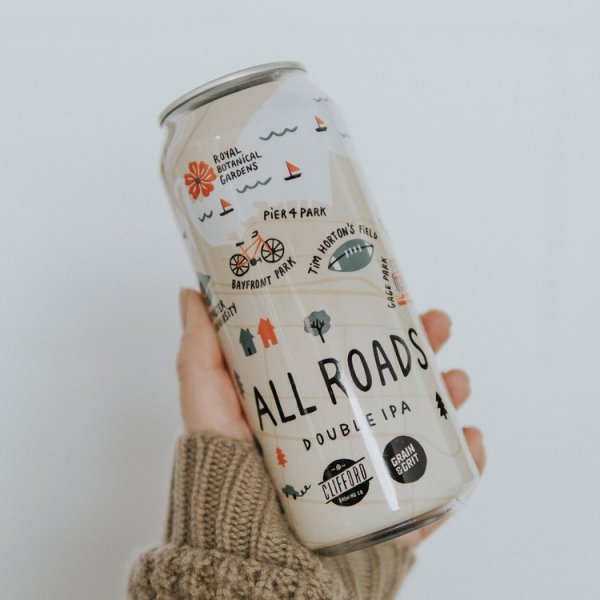 HAMILTON, ON – Grain & Grit Beer Co. and Clifford Brewing have announced the return of a collaborative beer that was originally available last year.

Brewed with Simcoe, Idaho 7 and Galaxy, All Roads is loaded with tropical flavour. You’ll get notes of papaya juice, mango nectar, and grapefruit. The mouthfeel is rich, pillowy, and it dries out fairly quickly. Finishes with long-lasting tropical fruit flavours and a pleasant, clean, lingering bitterness.

All Roads DIPA is available now in the retail shops at both Grain & Grit and Clifford, as well as via their online stores for delivery orders.