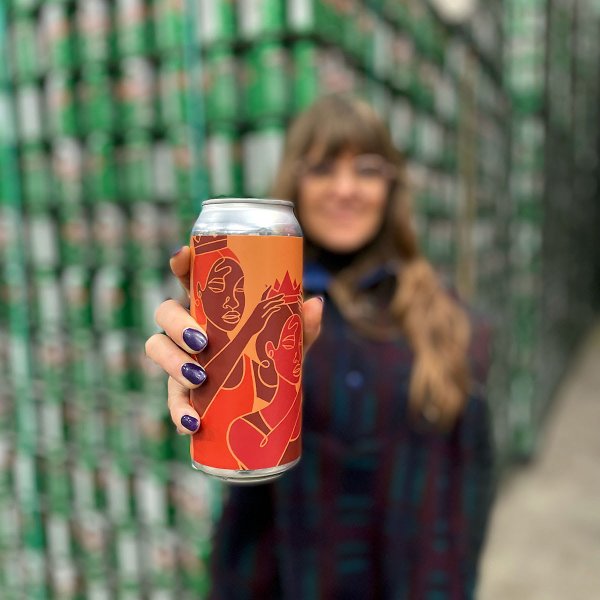 GUELPH, ON – Wellington Brewery and Queen of Craft have announced the release of a new beer in support of Guelph-Wellington Women In Crisis.

The Queen of Craft brew team produced a Grisette with Pomegranate, which pours gold with a frothy white head. Light-bodied, the flavour flows from light peppery notes, to refreshing grassy and herbal elements. You’ll taste a hint of lemon, citrus, and a bit of floral from the hops, finishing with whispers of pomegranate sweet and sour earthiness.

A release party for the beer will be taking place today (December 3rd) from 7:00 to 10:00 PM at the brewery, with the following details:

The night will begin with a cheque presentation to Guelph-Wellington Women In Crisis, followed by a few rounds of bingo, with great prizes to be won. Queen of Craft organizer Wilma will lead some brewery tours, and Shelley Biernes (DJ Chillhaze) will be spinnin’ records all night long! If that wasn’t enough excitement, Megan Ferraro of Cellar Bakery is offering some tasty treats by donation. Fifty Queen of Craft 2022 early bird passes will be up for grabs, sold on a first-come-first served basis. All profits from the evening, including 50 cents per can of beer sold will be donated to Guelph-Wellington Women In Crisis, so why not come out and show your support!

Grisette with Pomegranate is available now at the Wellington retail shop and online store, with 50 cents from each can going to Guelph-Wellington Women In Crisis. For more details, see the full announcement.