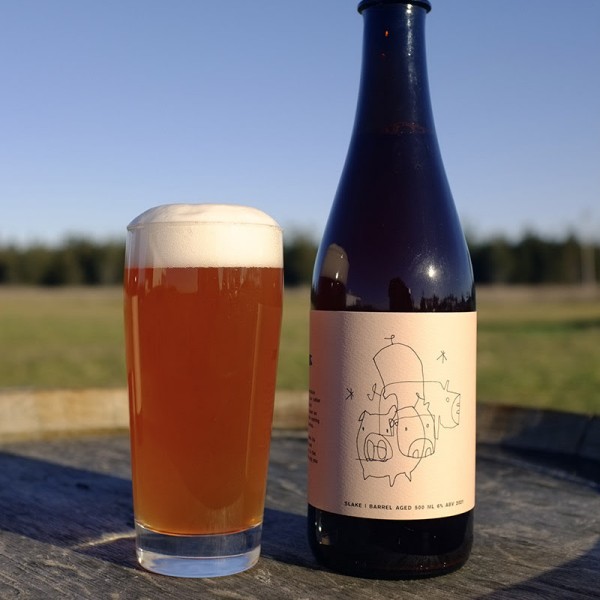 PICTON, ON – Slake Brewing has announced the release of its first barrel-aged beer.

Ramble Tamble is a Barrel Aged Wild Ale with Ontario Raspberries that spent over a year in French oak puncheons (those are 500L barrels) in our cellar where two subtle brett yeast strains contributed some light funk. We then racked this beer on to a lot of Ontario-grown raspberries from the 2020 harvest year, upon which it refermented for three months before further conditioning in the bottle. A mild acidity and slight funk complement the fresh, bright raspberry flavour which is front and centre.

The brewery also notes that Ramble Tamble is named after “our beloved Berkshire boar [who has] been with us at the farm for almost a decade now, has sired hundreds of piglets, and has the gentlest nature you could ever dream of finding in a one tonne beast.”

Ramble Tamble is available now at the Slake retail store and online shop.