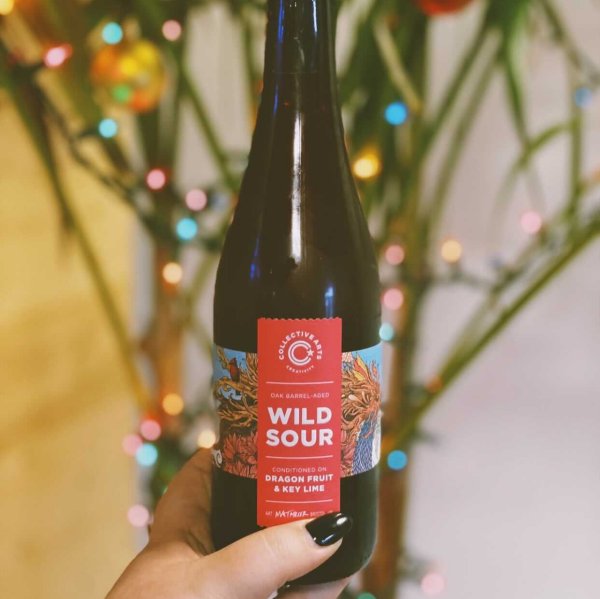 HAMILTON, ON – Collective Arts Brewing has announced the release of a new fruit-infused and barrel-aged sour ale.

This sour has been a long time in the making! A blend of barrel-aged mixed culture beer, aged anywhere from 8 months to 2 years, was then conditioned on red dragon fruit and key lime for months to allow the flavours to marry. Followed by being bottle conditioned for 3 months, reaching its full maturity. Pouring with a beautiful pink colour and high carbonation, this beer pops! Immediate notes of cola like spices, lime and subtle notes of juicy dragon fruit start you off. Drinking with big acid notes from the lime and golden sour base then leading into a sweetness with deep oak character. The low bitterness keeps this refreshing with a subtle warmth, a perfect balance found in the most unusual place.