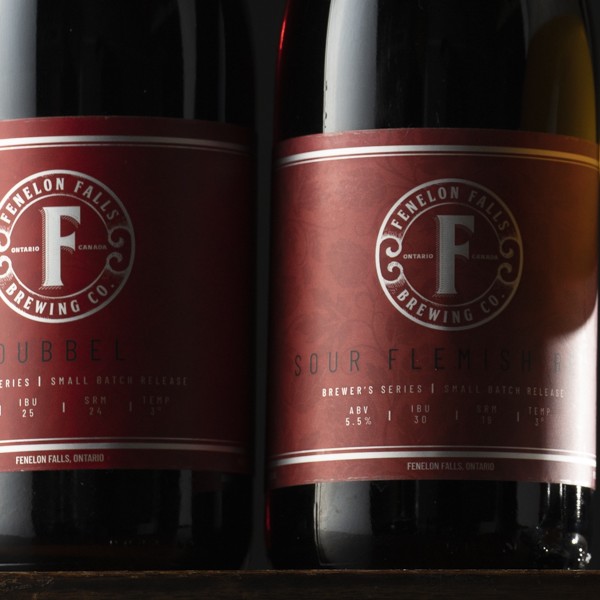 FENELON FALLS, ON – Fenelon Falls Brewing has announced details of the fourth and final release in its Brewer’s Series: Belgian Traditionals quartet of small-batch beers.

This beer has a strong fruit aroma consisting of black cherries, red and black currants, and blackberries, similar to the aroma of a light red wine impression such as a cabernet sauvignon or merlot. The flavour is filled with continued notes of dark fruit and red wine grapes, with additional compliments of vanilla, toast, and chocolate hiding just below. It has a moderately smooth body, lasting lactic linger, and a tart puckering sour atop of higher carbonation.