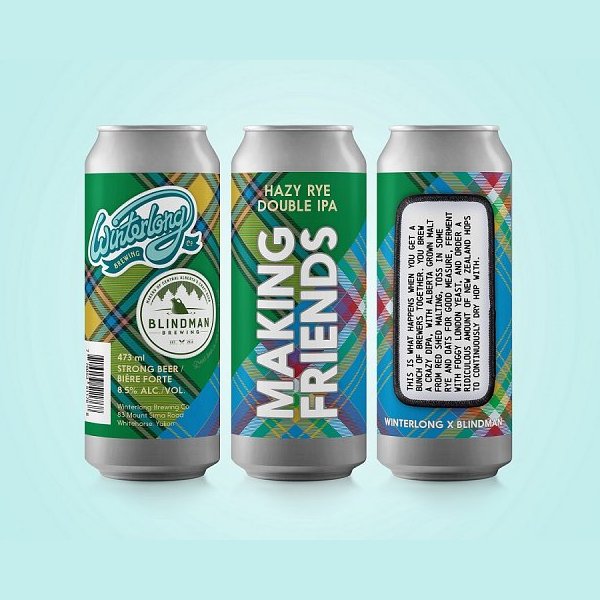 WHITEHORSE, YK – Winterlong Brewing has announced the release of a new collaboration with Blindman Brewing of Lacombe, Alberta.

The collab beer is a big double IPA brewed with Red Shed Malting Parkland Pale Malt, Malted Rye, Flaked Oats and Wheat Malt. We used our usual hazy IPA go-to yeast, Foggy London. To try something a little off-centred for us, we continuously dry hopped the beer during active fermentation with some choice New Zealand hop varieties (Rakau, Motueka and Nelson Sauvin). You get a bit of a spicy kick from the rye malt and of course loads of sweet, fruity aroma and flavour from the trifecta of hops (it’s like a fruit punch of lychee, mango, peach, gooseberry, and lime zest).

As a nod to the fact that both the Winterlong and Blindman crews are fans of ’90s punk, the name of the beer comes from a track on Lagwagon’s Double Plaidinum, and the can label pays tribute to the cover of the album by featuring the tartans of the Yukon and Alberta. The breweries have also put together a punk rock playlist on Spotify to listen to while enjoying the beer.

Making Friends will be available tomorrow (December 9th) at the Winterlong taproom, retail store, and online shop. For more information including details on the brewing process, see the full announcement.