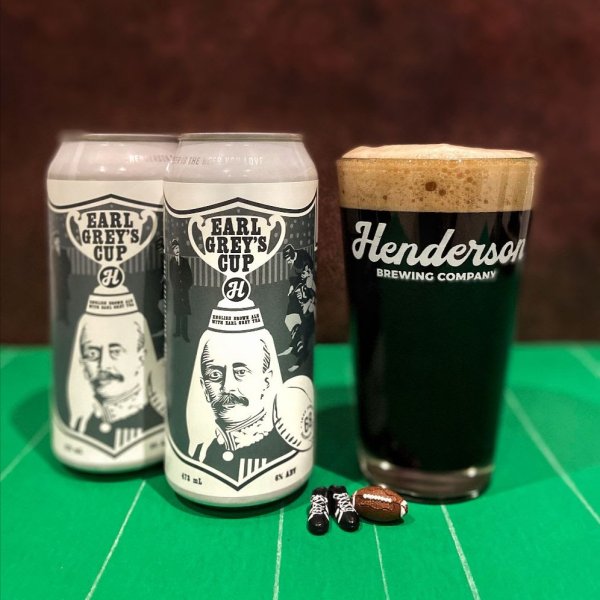 TORONTO, ON – Henderson Brewing has announced the latest release in its monthly Ides Series of small batch beers, with this month’s edition being inspired by one of Canada’s longest running sporting traditions.

The Grey Cup trophy was commissioned by Albert Grey, the 4th Earl Grey – then Canada’s Governor General – in 1909. On December 4th, 1909, the first Grey Cup game was held, with the University of Toronto Varsity Blues defeating the Parkdale Canoe Club 26-6!

This year, watch the 108th Grey Cup with a pint of our Ides of December in hand – an English Brown Ale brewed with Earl Grey Tea. This ale was brewed with 3 year aged Pu Erh tea and a blend of freshly zested sweet lime and bitter orange to replicate the bergamot oil. The taste starts off sweet, with notes of nutty caramel and toasty malts, followed by craisins, tart citrus and earthy tea with a tannic kick to give it its dry finish.

Earl Grey’s Cup is available now at the Henderson retail store and online shop. A launch event will take place at the brewery today (December 10th) from 5:00 to 9:00 PM, with food by Aunty Lucy’s Burgers.