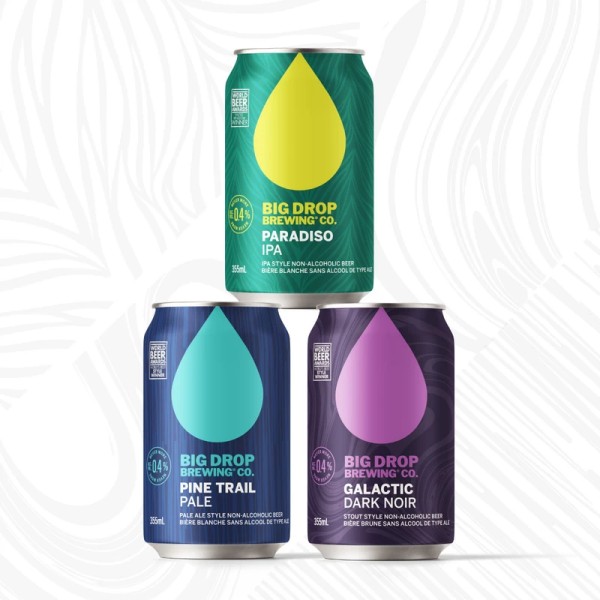 TORONTO, ON – UK-based non-alcoholic beer company Big Drop Brewing has announced that it will soon be shutting down its Canadian online shop – although that doesn’t mean the end of seeing its products in Canada.

Instead of direct sales to consumers, Big Drop will focus distributing its brands – including Pine Trail Pale Ale, Galactic Dark Stout, and Paradiso IPA – via retail partners across the country.

In a statement to CBN, Rob Fink, Founder & CEO of Big Drop, says that “upcoming and exciting new partnerships with online retailers mean that Big Drop will be able to more quickly and efficiently deliver our range of great-tasting NA beer direct to peoples’ door. Watch this space for news very soon…”

More distribution and availability details will be announced in 2022. In the meantime, the online shop will remain in operation until the end of the year, and is running a 40% off holiday sale with promo code BIGDROP40.