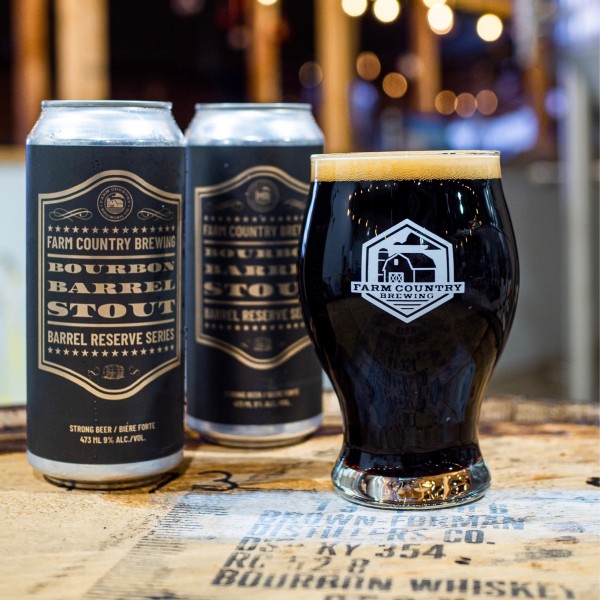 LANGLEY, BC – Farm Country Brewing has announced the release of its first ever barrel-aged beer to mark the brewery’s 2nd anniversary.

We took our 9 Pound Hammer Imperial Stout and created this stout of epic proportions. The first beer in our barrel reserve series is rich and roasty, with notes of chocolate and espresso. This beer spent months aging in bourbon barrels from our friends at Goodridge & Williams, an award winning local distillery. The aging process gives this brew hints of toffee, vanilla, caramel, and toasted oak.