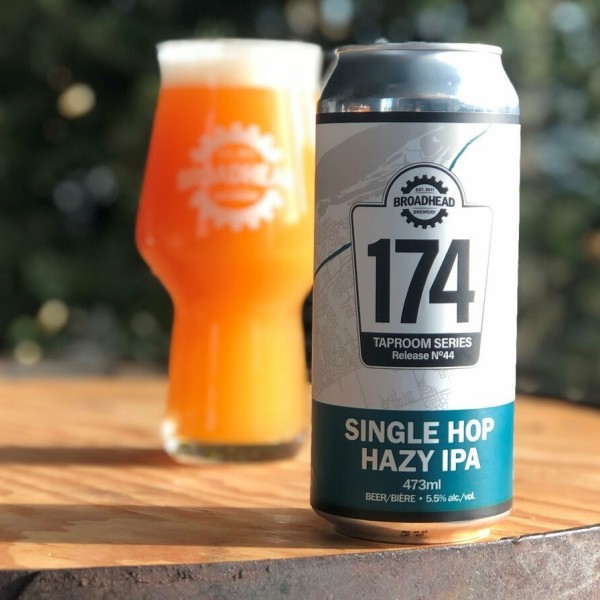 OTTAWA, ON – Broadhead Brewery has announced the latest release in its 174 Taproom Series of limited edition beers.

Meet our freshest release, a single hop hazy IPA featuring Nectaron hops. Nectaron is an aroma type hop developed in collaboration with New Zealand’s Plant & Food Research. This hop variety was first bred in 2004, and took almost 17 years to be released commercially in 2020. Known for being full of juicy tropical flavors of passion fruit, grapefruit and pineapple this was a hop variety we were very excited to get our hands on.

Pouring a thick hazy orange-gold colour, with a lasting off-white head. On the nose it’s incredibly citrusy with loads of fresh pineapple and grapefruit. Supported by hints of pine and touch of grassyness, the tastes follows the nose with a deliciously citrus tang from the tropical fruit, finishing with a nice bitterness that balances out the sip. Full bodied and juicy, with moderated carbonation and a creamy smooth mouth feel.