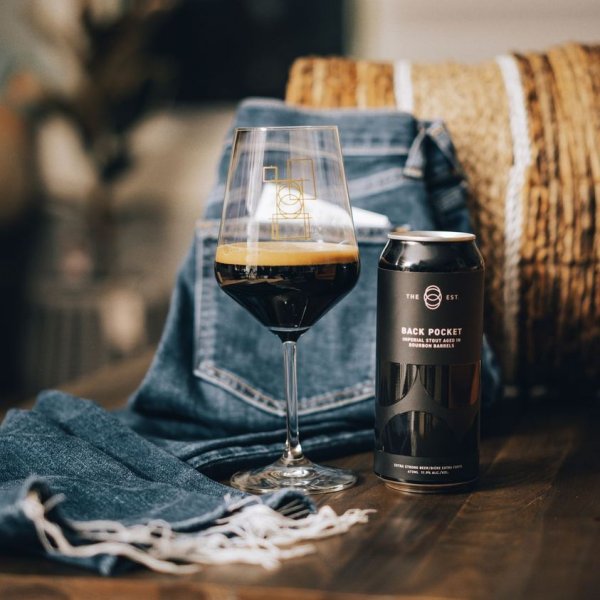 CALGARY, AB – The Establishment Brewing Company has announced the release of the second in an occasional series of Imperial Stouts.

Back Pocket (11.9% abv) follows February’s Cut The Cake, and is described as follows:

We used this bully to break in our six new 13-year-old Sazerac Bourbon barrels instead of using the red wine barrels we use for our mixed culture beers. We opted for bourbon because we wanted to coax out max amounts of the oak and spirit aroma leftover from the bourbon-making process, and because we welcome any opportunity to dabble in a whole new brewing playground.

Once it was barrel-bound, we blended it to taste, leaving some of the barrels’ bounty out of the mix because it didn’t play as well with others. Or rather, it didn’t play as well with the concept of a balanced bourbon profile that compliments the rich chocolate and dark fruit notes of the seriously delicious Imperial Stout we brewed in the first place! And our vision was more than realized when notes of coconut and vanilla entered the chat. Maybe you’ll drink it with friends, maybe you’ll drink it when you’re alone, but wherever you enjoy it, we need to know: do you like it? Circle “yes” or “no”.

Cut the Cake is available now at the Establishment retail store and online shop.