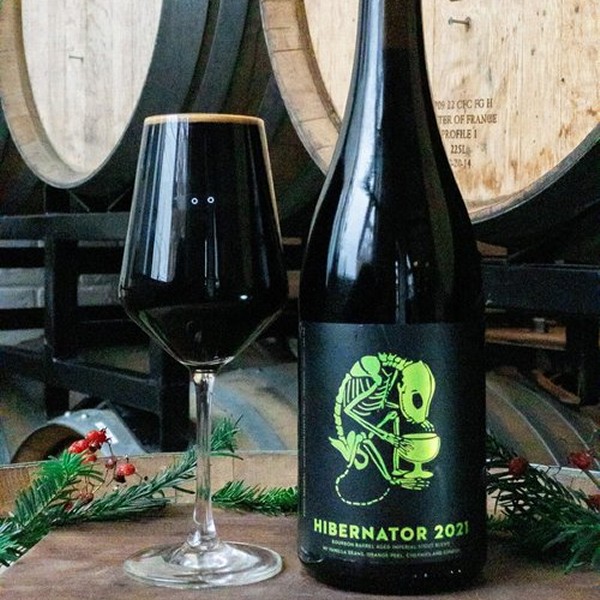 TORONTO, ON – Following last week’s release of the first two installments, Bandit Brewery has announced the release of third and final variant of this year’s edition of its annual holiday beer.

This strong beer was aged for over a year in Bourbon barrels. Pouring a syrupy jet black, it kicks off with sweet notes of creamy vanilla and tangy cherries, which lead to a warming finish featuring citrus notes and delicate ginger spice.

All three versions of Hibernator 2021 are available now at the Bandit Brewery retail store and online shop.