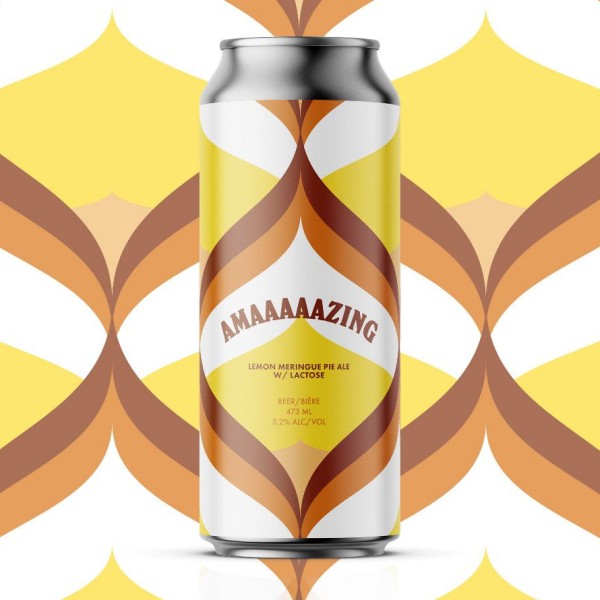 CALGARY, AB – Cabin Brewing has announced the release of a new beer created in collaboration with a local award-winning homebrewer.

When Calgary brewer Paul Heslop won Yeast Wrangler of the Year at the Cowtown Yeast Wranglers home brew club’s annual competition, the first prize was to brew a beer with Cabin. Hooray!

We’ve known Paul for many years and know that he has an insanely good palate for delicious beer. When he suggested making a lemon meringue pie ale, we couldn’t say no – his home brewed version was simply outstanding. When you drink this beer you’ll swear you’re biting into a slice of pie. It’s tart, sweet and lemony with a long-lingering taste of freshly baked crust. In Paul’s own immortal words (said with a British accent of course…) it’s Amaaaaazing!

Amaaaaazing is available now at the Cabin Brewing retail store and online shop.