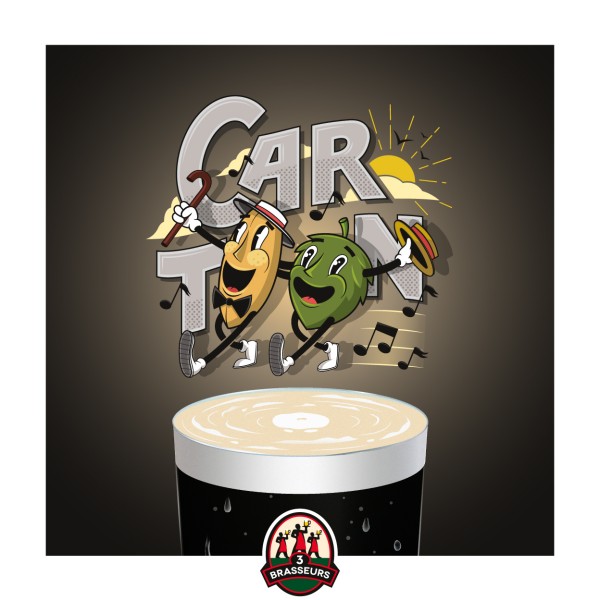 Cartoon (5% abv) is a tmavé pivo, or Czech-style dark lager, that is described quite simply as “an easy drinking dark lager.”

Cartoon is on tap now until February 2nd at all Les 3 Brasseurs/The 3 Brewers locations in Quebec and Ontario.