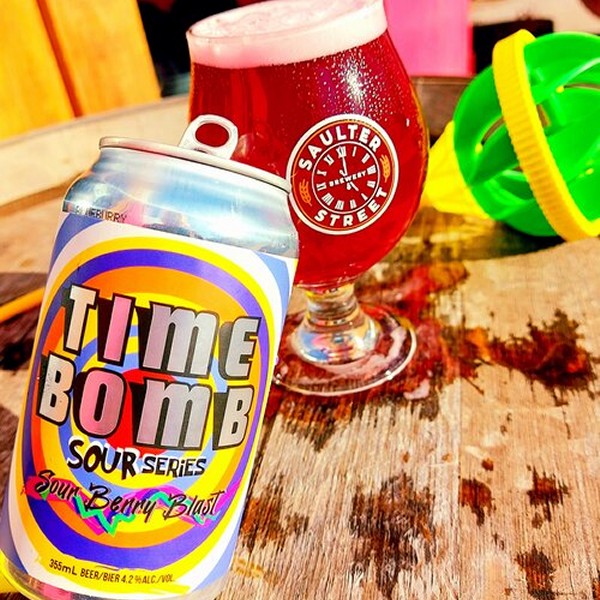 TORONTO, ON – Saulter Street Brewery has announced the release of the latest in its Time Bomb series of sour ales.

Pours a glowing fuchsia and made with real blackberry and blueberry juice. A bright and light thirst quencher that’s a blast!