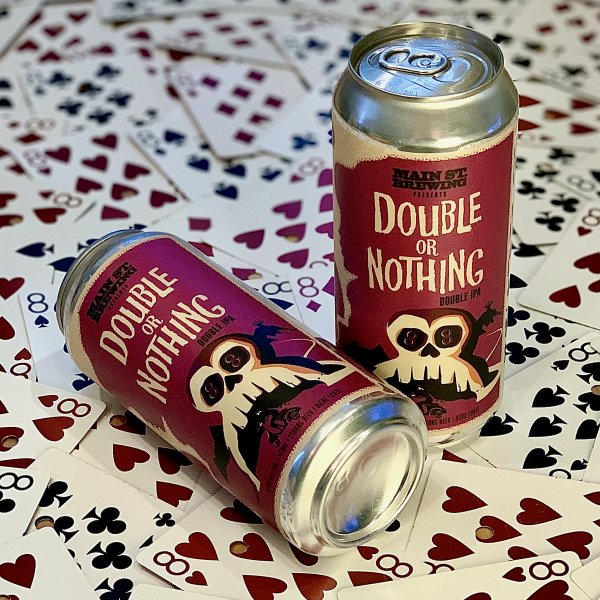 VANCOUVER, BC – Main St. Brewing has announced the latest release in a series of spy-themed seasonal beers.

As described by the brewery:

Inspired by the latest James Bond film ‘No Time to Die’ that arrived in theatres last fall, Main St.’s latest seasonal series pits the plucky fictional IPAgent Holly Hoppington against evil henchmen and nefarious villains in a variety of European locales as she races against time to secure secret recipes and essential ingredients.

Following the first two installments – Trouble Weighs a ’Tun Export India Porter and Norwegian Rendezvous Nordic IPA – that were released last September and October, the series continues this week with Double or Nothing DIPA (8.8% abv):

Double or Nothing finds Holly at the blackjack table in a casino on a mission to secure a highly volatile compound known as Phantasm from a double agent working for the Society to Terminate Ale, or S.T.A.L.E. The IPAgency needs the secret ingredient to supercharge the blend of Ekuanot Incognito, Hallertau Blanc and Cryo M-20 hops in the DIPA and boost the bold and juicy notes of pineapple, citrus and gooseberries.

Double or Nothing is available now at the Main St. Brewing taproom and retail store, and at select private and government liquor stores in British Columbia.

The fourth and final release in the series, That Sinking Feeling Italian Pilsner, will follow in February.