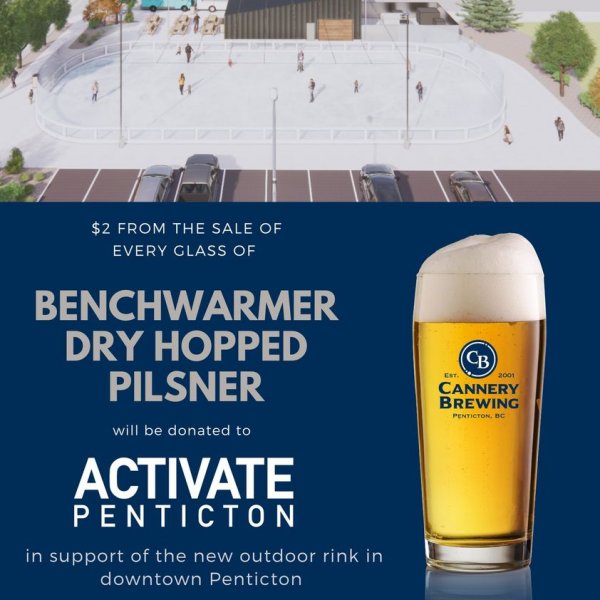 PENTICTON, BC – Cannery Brewing has announced the release of a new beer in support of a local community cause.

Benchwarmer Dry-Hopped Pilsner was brewed in collaboration with Penticton’s other breweries – Abandoned Rail, Bad Tattoo, Barley Mill Brew Pub, Highway 97, Neighbourhood, Slackwater, and Tin Whistle – and was intended to be available at the BHCL All-Star Game that was scheduled to be the debut event on the city’s new outdoor ice rink later this month.

However, COVID restrictions have led to the cancellation of the game, and supply chain issues have delayed the opening of the rink.

In response to these delays, Cannery has put Benchwarmer on tap at the brewery, and $2 from every glass will be donated to Activate Penticton – the non-profit organization behind the rink – while supplies last.