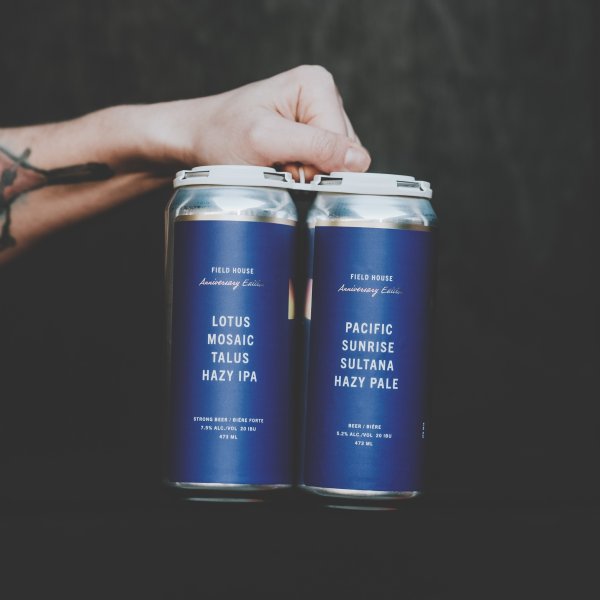 ABBOTSFORD, BC – Field House Brewing has announced the release of the first two of six new beers coming out to mark the brewery’s 6th anniversary.

This Hazy IPA is loaded with Talus, Lotus and a heavy does of extra concentrated Mosaic hops for a huge hop aroma of citrus, berry, and tropical fruit notes.

Both beers are available now in a mixed 4-pack at Field House in Abbotsford and Chilliwack, and the brewery’s online shop. The remaining anniversary beers will follow throughout this week.