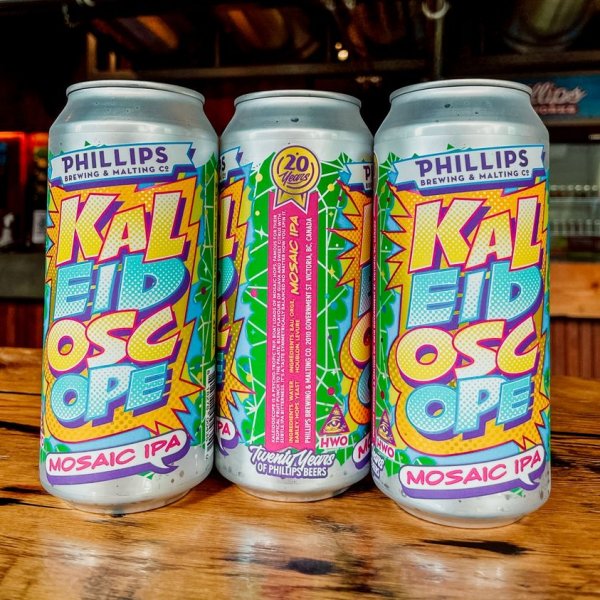 VICTORIA, BC – Phillips Brewing has announced that it is celebrating its 20th anniversary in 2022 with 20 Years of Phillips Beers, a monthly series that will “take a trip down memory lane”:

We’ve released many different styles of beer over the years that we’ve always dreamed of bringing back. So, this year, to continue celebrating our 20 years in craft beer, we’re inviting you to go way back to experience the very best of Phillips! We’re releasing some fan favourite beers from the vault and we want to celebrate with you. Whether you’re new around here or are a lifelong Phillips enthusiast, you won’t want to miss this year-long line up!

First up in the series is Kaleidoscope Mosaic IPA (6.5% abv), which was originally available in 2013:

This brew is a psycho-tropic trip with boat loads of mosaic hops, famous for their tropical fruit punch to the palate. You’ll find flavours of guava and sweet citrus with subtle IPA bitterness. It’s a taste symmetrically balanced no matter how you spin it.

Kaleidoscope is available now at Phillips and select liquor stores in British Columbia and Alberta.