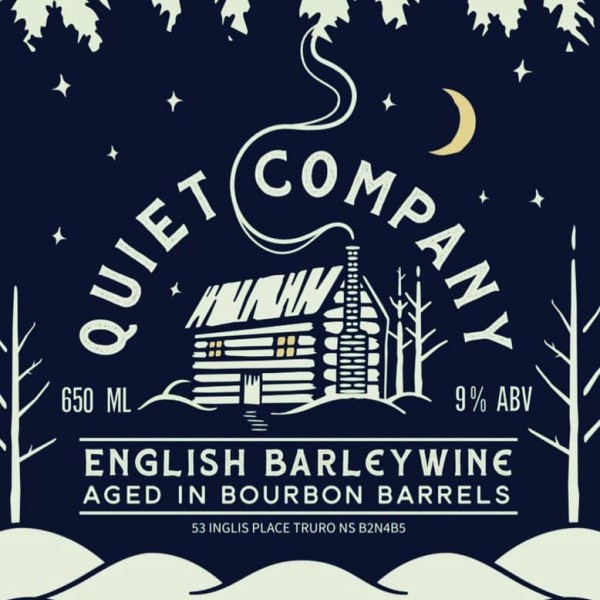 Quiet Company English Barley Wine (9% abv) was brewed last Labour Day when Port Rexton co-founder Alicia MacDonald, who grew up in Truro, was in town for a visit and joined Truro Brewing’s Jana Dellapina for a brew day.

A write-up on Atlantic Canada Beer Blog describes it as follows:

Quiet Company is an English-style Barleywine, where the hops take the back seat to bold caramel and malt notes. After fermentation, it spent several weeks in a Bourbon barrel from Raging Crow Distillery in nearby North River, where it took on plenty of great vanilla and spirit notes.