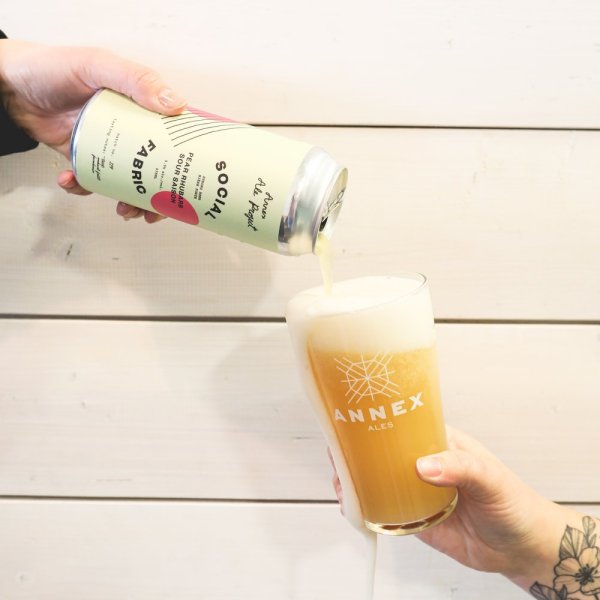 CALGARY, AB – Annex Ale Project has announced the release of the second in its rotating series of kettle sour ales.

Spring has sprung early at the brewery and we’ve taken the last of the fall’s harvest and we wove it with the hallmark bittersweet plant of seasonal change. Conceptually, it’s odd. In practice, it’s been a pleasant surprise. Saison yeast is the tie that binds this brew. Its fruity flavour smoothing away any trace of seam between the pear and rhubarb, the two spun together as if abiding by unwritten rules and kettle-soured to socially acceptable perfection. This beer is greater than the sum of its parts, much like this world we are all a part of.

Social Fabric is available now at the Annex taproom and online shop, and soon at select beer retailers and bars in Alberta.