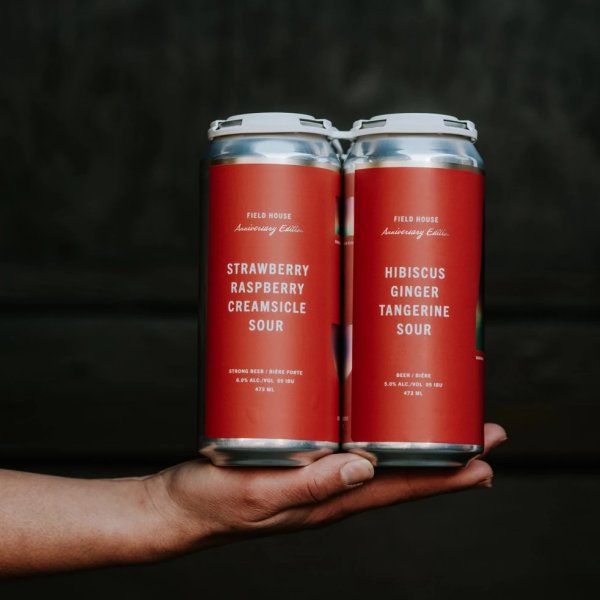 ABBOTSFORD, BC – Field House Brewing has announced the release of the middle two of six new beers marking the brewery’s 6th anniversary.

This beer is loaded with Strawberry and Raspberry puree, creamy lactose, and a touch of vanilla. Fruit forward, tart, sweet and delicious!

This sour features Hibiscus and ginger, creating a colourful, floral and citrus beer. Cold pressed Tangerine peel adds another layer of citrus to this bright and easy drinking sour.

Both beers are available now in a mixed 4-pack at Field House in Abbotsford and Chilliwack, and the brewery’s online shop. The previously released IPA mixed pack is also available, and a pair of stouts will follow later this week.