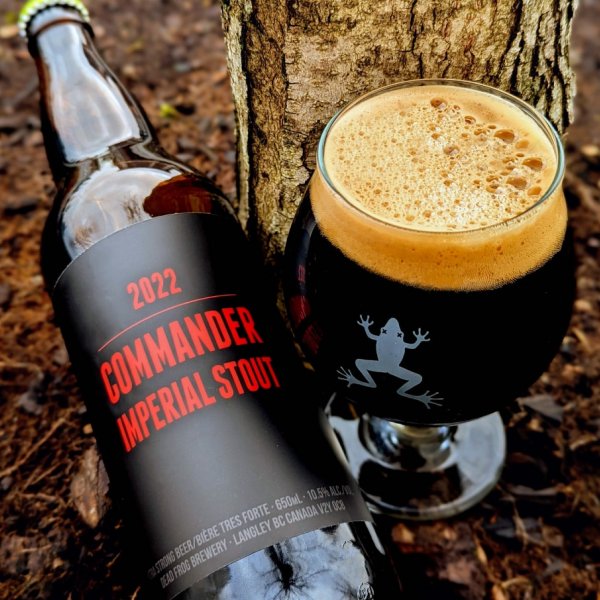 LANGLEY, BC – Dead Frog Brewery has announced the release of this year’s vintage of an annual winter favourite.

The 2022 edition of Commander Imperial Stout will be launching on Saturday January 22nd at the Dead Frog taproom and retail store, and can be pre-ordered now via the brewery’s online shop. It will also be available at select liquor stores in British Columbia while supplies last.