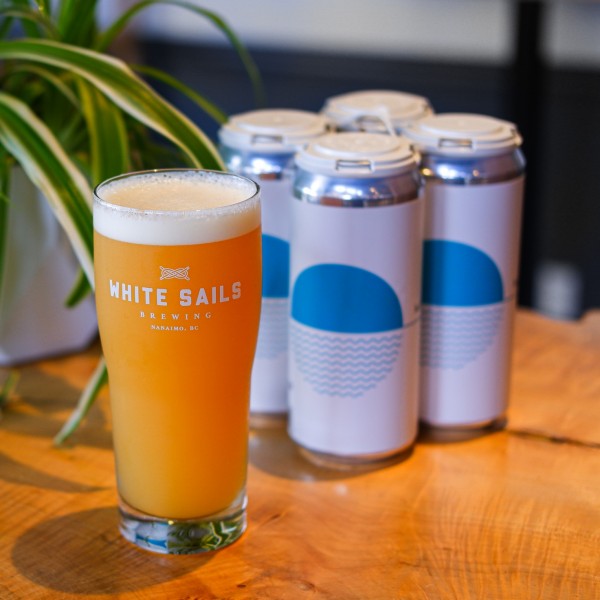 NANAIMO, BC – White Sails Brewing was announced the release of the first in a series of hazy IPAs planned for release throughout 2022.

Paying homage to our hometown, Harbour City Haze uses a double dry hopping of Simcoe, Citra and Amarillo to pull out huge orange, grapefruit and lemon notes with an oat-heavy, silky, velvety body.