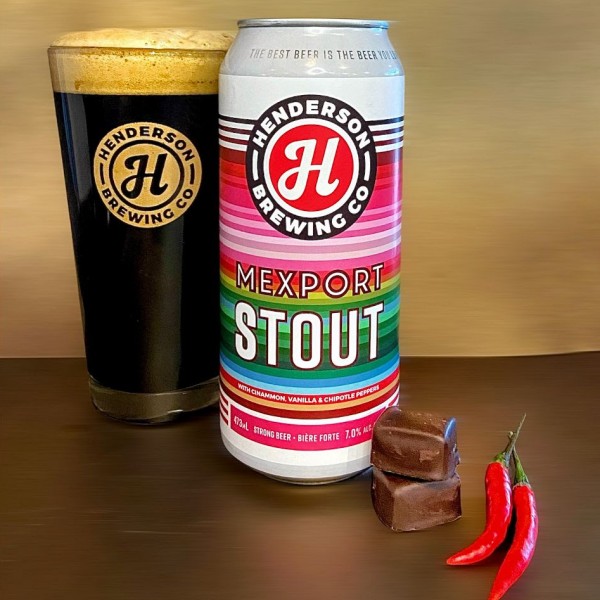 TORONTO, ON – Henderson Brewing has announced the release of the latest variant on its Export Stout.

A spicy sequel to our classic stout, Mexport Stout was aged on cinnamon & chipotle peppers for a fusion of sweet and spicy. Notes of chocolate, cinnamon and vanilla help the palate in balancing the peppery smoke, while warming alcohol and chili heat come together for a spicy finish.

Mexport Stout is available now at the Henderson retail store and online shop., both on its own and in a mixed pack with cans of the original Export Stout and Export Stout with Coffee, Vanilla & Cinnamon.