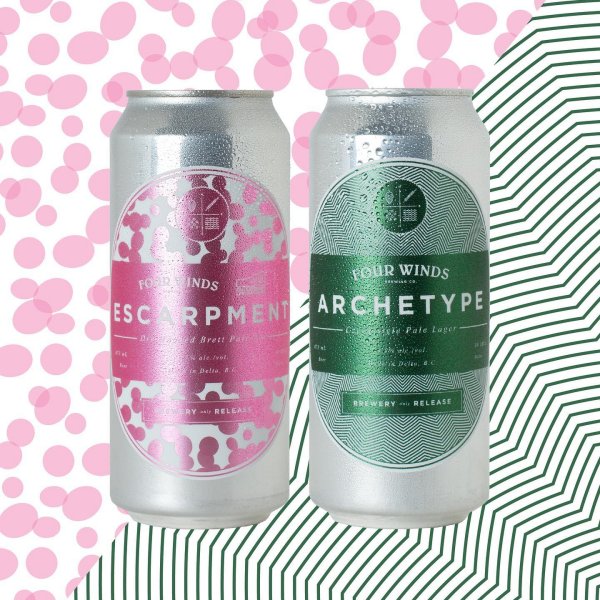 DELTA, BC – Four Winds Brewing has announced the two newest offerings in its Brewery-Only Release Series.

Escarpment came to life during discussions about a new hybrid yeast strain created by our friends at Escarpment Labs in Guelph, Ontario. We aimed to create a simple but balanced ale to highlight the unique yeast character, providing notes of candied pineapple and Swedish berries.

Archetype echoes the flavour profile of the world’s first pale or “golden” lager brewed in the city of Plzeň in the Czech Republic back in 1842. Bottom-fermented in an open-top foudre, Archetype is an exploration of traditional brewing methods that pays tribute to a style we revere and enjoy so much.⁣

Both beers are available now at the Four Winds retail store and online shop.