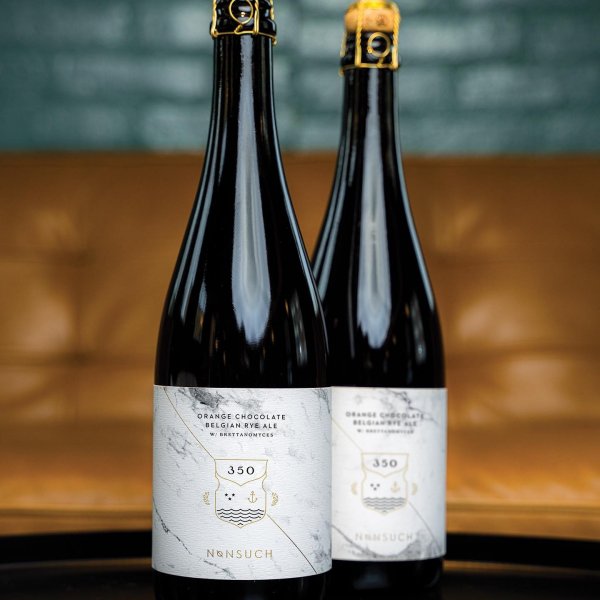 For those unfamiliar with 350, the story begins in 2018 when we brewed an Orange Chocolate Belgian Rye Ale in honour of the 350th anniversary of the Nonsuch’s historic voyage across the Atlantic. In 2019, our 350 earned a silver medal at the Canadian Brewing Awards – since then we’ve been finessing the recipe and having fun adding it into barrels and exploring the wild yeast that is Brettanomyces. The result is a medley of funk and tart citrus notes.

350 with Brettanomyces is available now at the Nonsuch retail shop and online store.