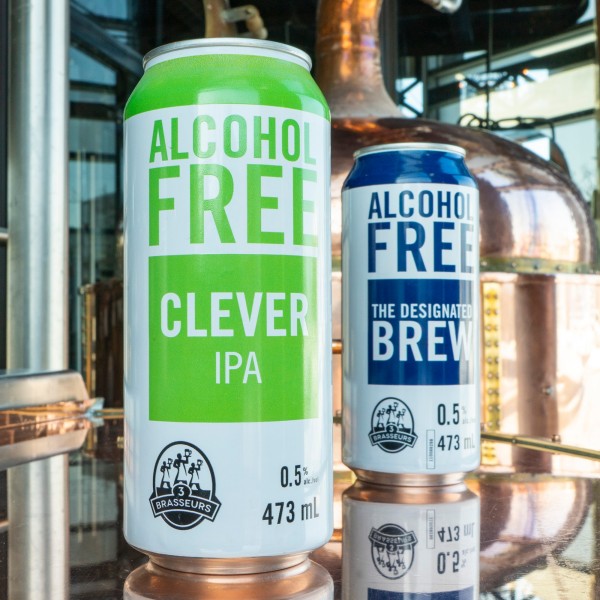 An alcohol free sour IPA with mosaic hops. Its clever not to cheat, quench your thirst while being smart!

Clever IPA is available along with the previously released The Designated Brew Lager at Les 3 Brasseurs/The 3 Brewers locations in Quebec and Ontario.