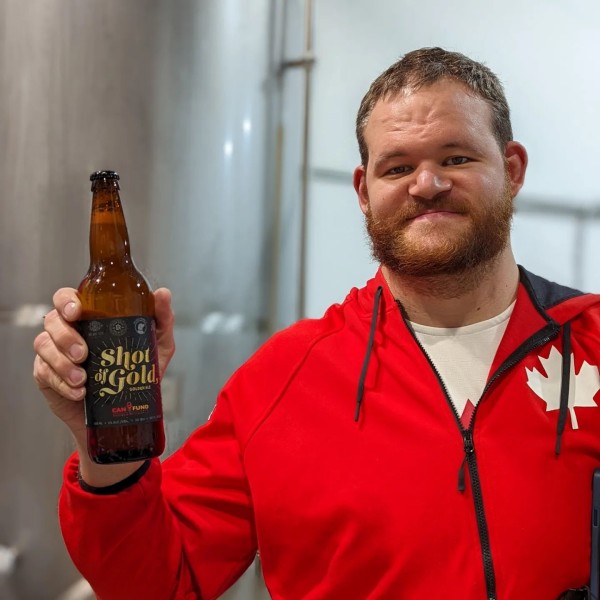 KAMLOOPS, BC – Five Kamloops breweries and Paralympic gold medalist Greg Stewart have announced the release of a charity collaboration beer.

Shot of Gold will be officially launched tomorrow (Friday February 4th) with a release party at The Noble Pig starting at 5:00 PM. It will be available at all five breweries and select beer retailers, and $1 from each bottle and pint sold will be donated to the CAN Fund to support Canada’s amateur athletes.