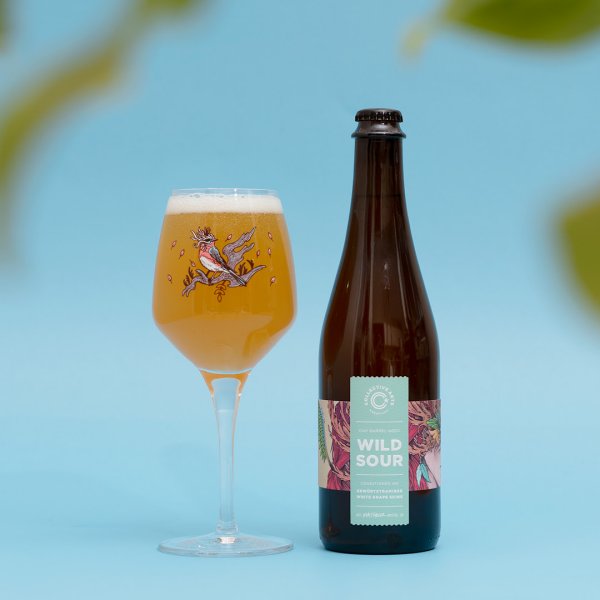 HAMILTON, ON – Collective Arts Brewing has announced the latest release in its Wild Sour series of barrel-aged sour ales.

In this Wild Sour, we used a Brettanomyces yeast strain to highlight the pineapple and peaches found in our golden sour base. We incorporated local Ontario wine grapes to reflect the natural combination of the flavours. Known for having notes of sweet pineapple, Gewürztraminer was a natural choice to the addition of a golden sour. These heavier oak characters were key to round out the base and highlight the fruit. Up front the pineapple hits first with a vinous peach character following closely behind. The body is dry, but round with light acid to give a full perception of fresh fruit with the tannins from the grapes and oak to finish.

Gewürztraminer Wild Sour is available now at the Collective Arts retail stores in Hamilton and Toronto, and the brewery’s online shop.