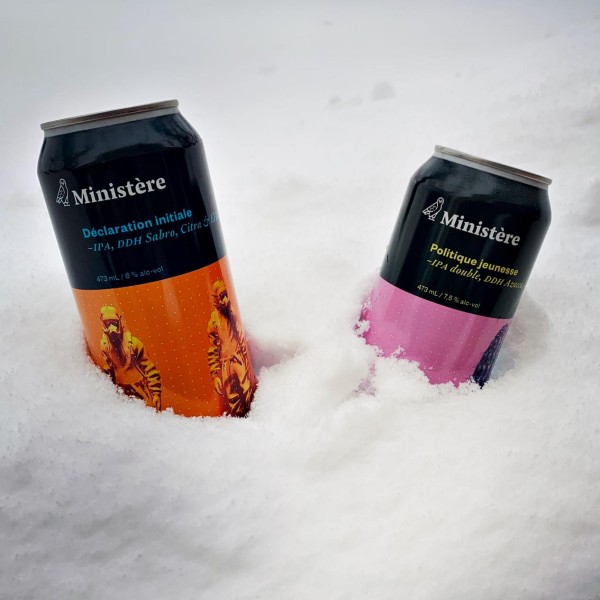 SAINT-BRUNO-DE-MONTARVILLE, QC – A new Quebec brewery with a mission to “support IPA lovers in their insatiable quest for generously hopped beers” has announced the release of its first two brands.

Ministère has been founded by Martin L’Allier, and is entering the market with a pair of “juicy DDH IPAs”, a style that it will be focusing on exclusively with each version featuring “different grains and hops combinations”.

Ministère beers are being distributed now to select beer retailers in Quebec. For more details, see the brewery’s pages on Facebook and Instagram.