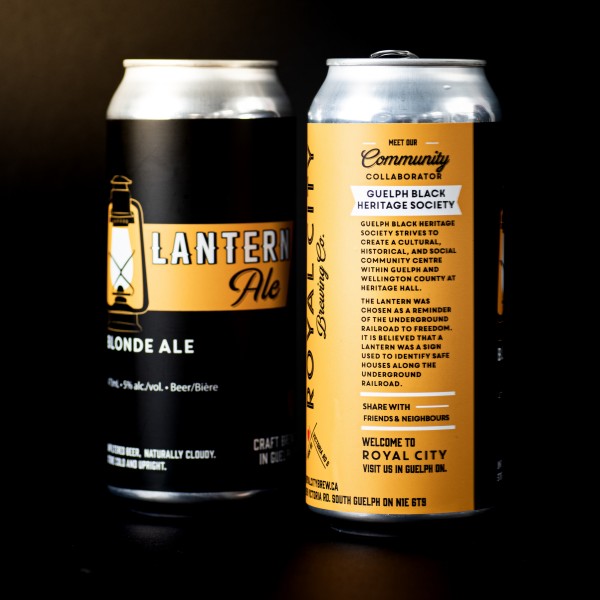 GUELPH, ON – Royal City Brewing has announced that return of a beer released each year in February to celebrate Black History Month and support the Guelph Black Heritage Society (GBHS).

Lantern Ale (5% abv) is described as “a light, approachable, and easy-drinking blonde ale,” and has the following story behind its name:

The 1880 building that Guelph Black Heritage Society have owned since 2012 is a former British Methodist Episcopal Church which had ties to the Underground Railroad. At that time, the lantern was a symbol of hope and safety, guiding people to freedom. A lantern would be placed in the window of a home to signify and to identify a safe house along the Underground Railroad.

Lantern Ale is available now at the Royal City retail store and online shop. 50 cents from each can sold will go to support the GBHS.