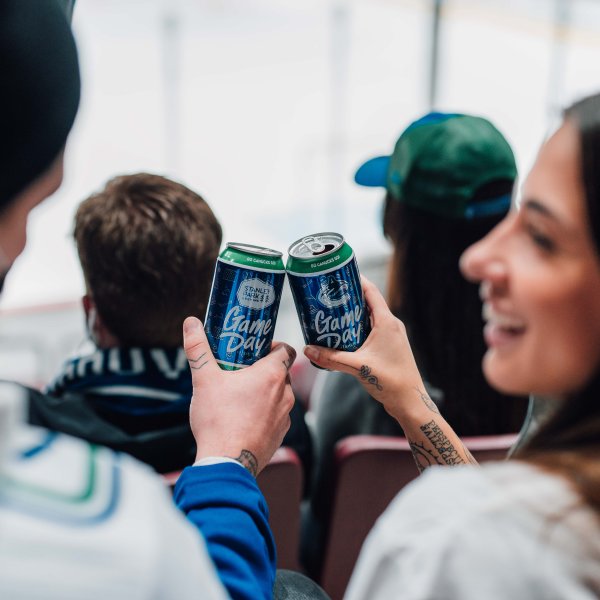 VANCOUVER, BC – Stanley Park Brewing has announced the release of a new beer that is “a total crowd-pleaser and the perfect accompaniment for a strong Larscheider cheer!”

A super easy drinking Pilsner, it’s a great partner for all 60 minutes of play or a little pre-game/post-game action. With a light malt body and subtle floral hop aroma, the Game Day Pilsner is crisp, clean, and refreshing – and we’re inviting you to try it! Whether you’re in the stands, at the bar, or in your living room’s prime viewing position – the Canucks Game Day Pilsner is our cheers to the boys in blue!