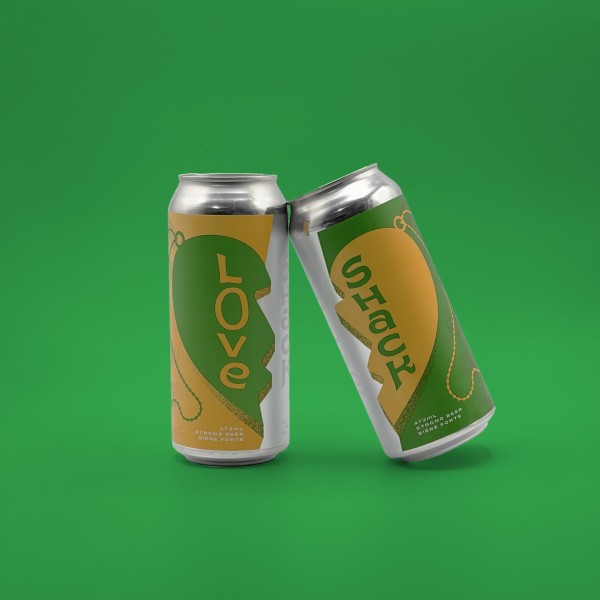 CALGARY, AB – Cabin Brewing and Eighty-Eight Brewing have announced the second annual release of a collaboration that is all about “celebrating our mutual love – for each other, and for tasty beer.”

This year for our Love Shack collaboration we’ve switched out the passionfruit and subbed in mango. This Hazy Mango IPA is a 6.8% beauty that is simply exploding with tropical flavour and aroma with subtle bitterness from a ridiculous amount of Citra, Talus and Citra Cryo hops. It’s love at first sip.

Both breweries have lovingly crafted a version of Love Shack, with complimentary broken heart can designs – Cabin’s cans show the left side of the design, while ’88’s show the right. They’re great on their own but like PB + J and Simon + Garfunkel, some things are just better together. It’s the same recipe, but there are subtle differences in flavour, aroma and body. Try them both out and play spot the difference!

Love Shack is available now at Cabin and Eighty-Eight, including their respective online stores. Each brewery is selling 4-packs of its own version as well as a mixed 4-pack with two cans of each, plus limited edition Love Shack t-shirts and glasses while supplies last.