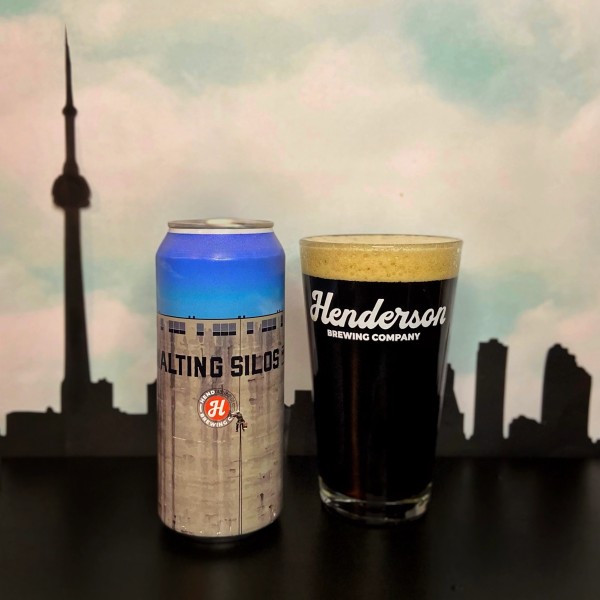 TORONTO, ON – Henderson Brewing has announced the latest release in its monthly Ides Series of small batch beers, with this month’s edition paying tribute to an iconic site on Toronto’s waterfront.

Built in 1928, these silos were used to store malt for the Canada Malting Company. Up to this time, grain elevators had typically been built out of wood, which you can imagine was quite the fire hazard. After a fire in 1908, Toronto’s grain trade was put on hold while they searched for fire-proof materials to build these grain elevators. These concrete malting towers were an innovation, marking a change in modern, industrial architecture. When the site was abandoned in 1987, it was thought that it would be demolished, but in 2010, the silos were deemed an industrial heritage site.

To brew our Ides #70 porter, we used 8 different types of malt. The notes of toasty bread crusts are accompanied by milk chocolate, mild espresso, berries and a touch of rye spice, giving this beer a sweet, creamy mouthfeel. The perfect treat for a snowy February day!

Malting Silos Multigrain Porter is available now at the Henderson retail store and online shop. A launch event will take place at the brewery on Friday February 18th from 5:00 to 9:00 PM, with a taco pop-up from Rebozos.