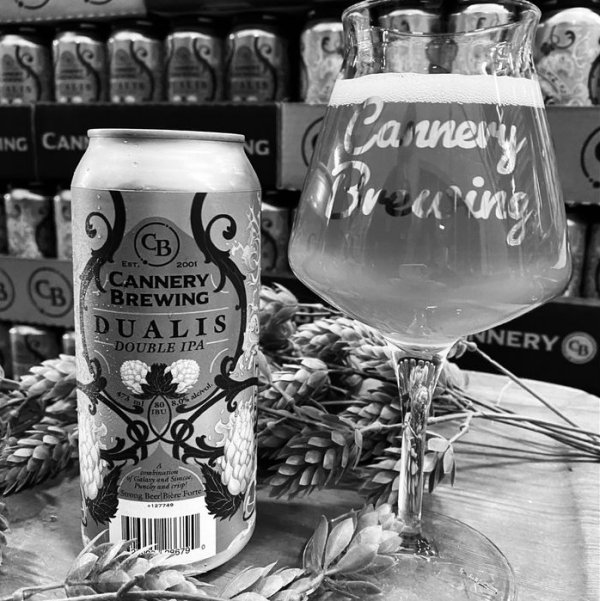 PENTICTON, BC – Cannery Brewing has announced the return of a limited edition beer that was originally available several years ago.

Dualis (8% abv) is a double IPA brewed with a blend of Galaxy and Simcoe hops, and is described as being “both punchy and crisp.”

In honour of #TWOSDAY, Dualis is being launched today (Feburary 22nd) at 2:22 PM at the Cannery taproom, where Two Rivers Specialty Meats will be serving up gourmet hot dogs until 9:00 PM.