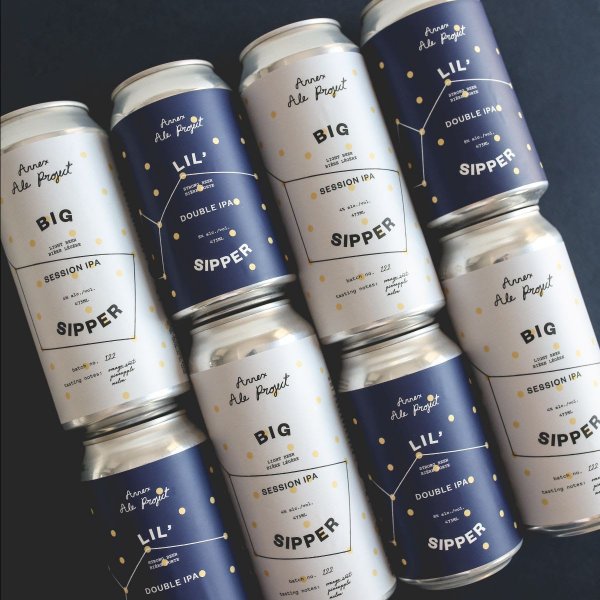 CALGARY, AB – Annex Ale Project has announced details of “a double release, a quartet of hop varietals, and singular conjunction.”

A bear of a beer in a wee cub of a can. Released in constellation with Big Sipper, this brew is made for sippin’. Like his bigger, gentler bro, it’s a West Coast IPA brewed with Cryo Citra, Cryo Mosaic, and Bru-1, but unlike with Big Sipper, we didn’t declaw this Ursa.

This is a beer you can really plough through. Released in constellation with Lil’ Sipper, in stark contrast, this brew purposely punches below its weight. Like his smaller, fiercer bro, it’s a West Coast IPA brewed with Cryo Citra, Cryo Mosaic, and Bru-1, but we declawed this Ursa to make it perfectly suited to more major consumption.

Lil’ Sipper and Big Sipper are available now at the Annex retail store and online shop.