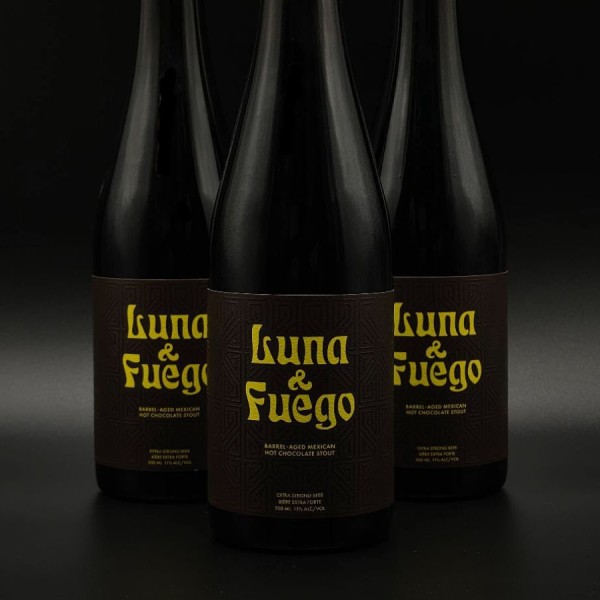 CALGARY, AB – Cabin Brewing has announced the return of a beer that represents “darkness, tamed by fiery heat.”

We started with an imperial stout and added cocoa, cinnamon and vanilla, then spiked it with three types of chilies – sweet ancho, smoky chipotle and tangy guajillo. Once fermented, the beer was transferred to oak barrels that had been used to condition tequila to chill for seven months and soak up the barrel character. The cocoa and chili marry perfectly to create a decadently sweet and lingering spice heat. Subtle tequila notes pair with strong oak and dried fruit flavours, with vanilla and cinnamon on the nose giving notes of horchata. It’s impossible to tell where the warming alcohol begins and the chili heat ends.

Luna & Fuego is available now at the Cabin Brewing online store, with in-person sales at the brewery taproom starting at 3:00 PM today (February 23rd). It will also be in stock soon at select beer retailers in Alberta.