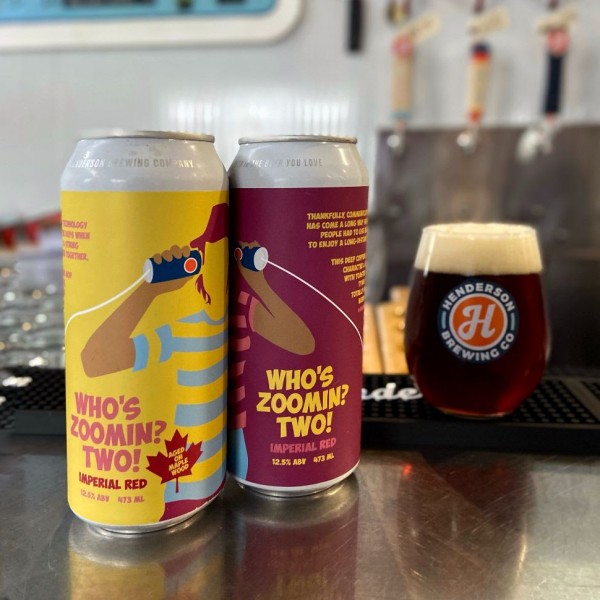 TORONTO, ON – Henderson Brewing has announced the limited return of two versions of “a beer that has kept us warm these past two winters.”

A real chest warmer – with sweet caramel, toffee and earthy hops to balance it out. It pours a gorgeous, deep, amber with a full, round, malt body.

The same delicious imperial red ale aged on Canadian maple wood. Those notes of caramel, toffee and resinous hops are joined by flavours of maple candy, wood tannins and apricot!

Both editions of Who’s Zoomin’ Two are available now at the Henderson retail store and online shop.