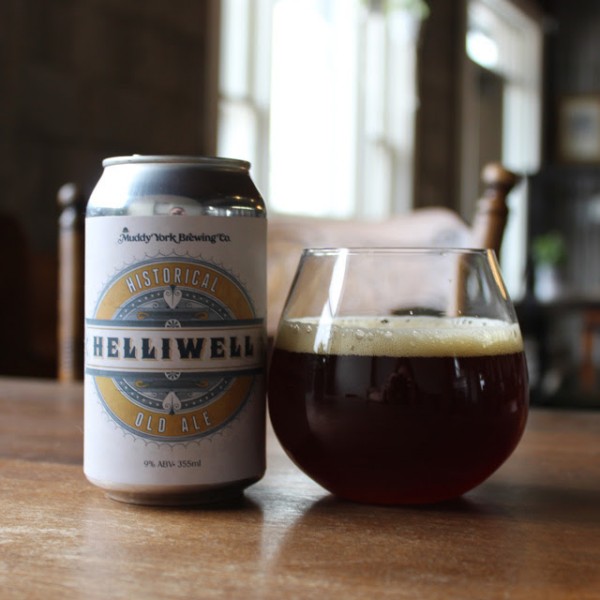 TORONTO, ON – Muddy York Brewing has announced the return of a beer brewed in collaboration with beer author and educator Jordan St. John.

We’ve teamed up to recreate (for a second time) a beer that 180 years ago would have been fermenting and aging at the Helliwell Brewery, probably Toronto’s first estate brewery. Originally located at Todmorden Mills in the Don River Valley, it was founded by Thomas Helliwell and supplied fresh beer to the area until it burned down in 1847. Jordan read The Helliwell Diaries and painstakingly analyzed them in the hopes of interpreting exactly how brewer William Helliwell approached beer-making in Toronto’s early days.

The result is a beer that replicates a traditional English Old Ale. By definition, Old Ales are beers of a certain strength and aged at the brewery. In 1830’s parlance, a Mild Ale would have simply been unaged despite its relative strength. For 14 months we’ve waited patiently for this beer to condition, allowing the piquant bitterness to integrate with the notes of toffee, dried fig, roasted chestnut, amidst a practically Oloroso vinous character.