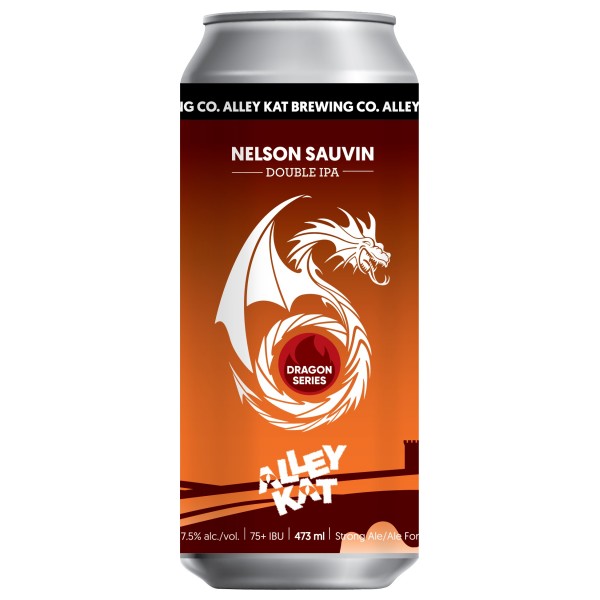 EDMONTON, AB – Alley Kat Brewing has announced details of the next installment in the long-running Dragon Series of limited edition Double IPAs.

A New Zealand hop whose name was inspired by Sauvignon Blanc wine because of their similar flavour and aroma characteristics. In addition to white grape, you can expect notes of stone fruit and gooseberry.

Nelson Sauvin Dragon will be launched tomorrow (Thursday March 3rd), and will be available at the Alley Kat brewery store and online shop as well as select liquor stores and bars in Alberta while supplies last.