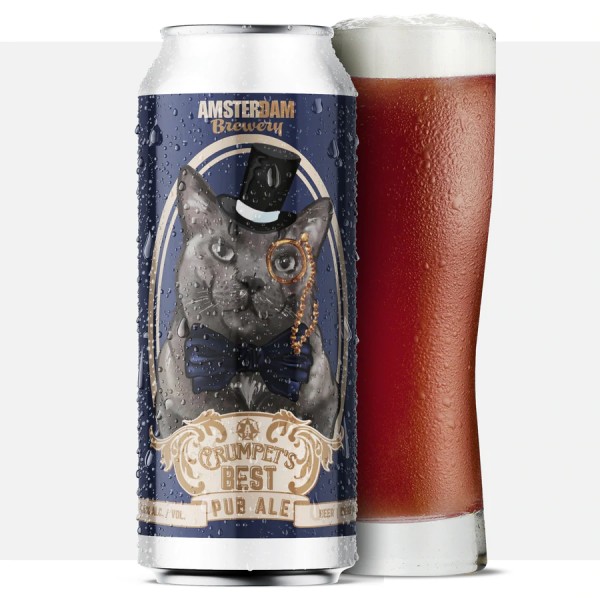 TORONTO, ON – Amsterdam Brewery has announced the release of a new beer that was “brewed for Crumpet… a proper cat”.

Inspired by the sessionable ales of the UK, this beer is made with some of our favourite British ingredients. Aromas of graham cracker and blackberry paired with toasted malt flavours and subtle earthiness from using East Kent Golding hops.