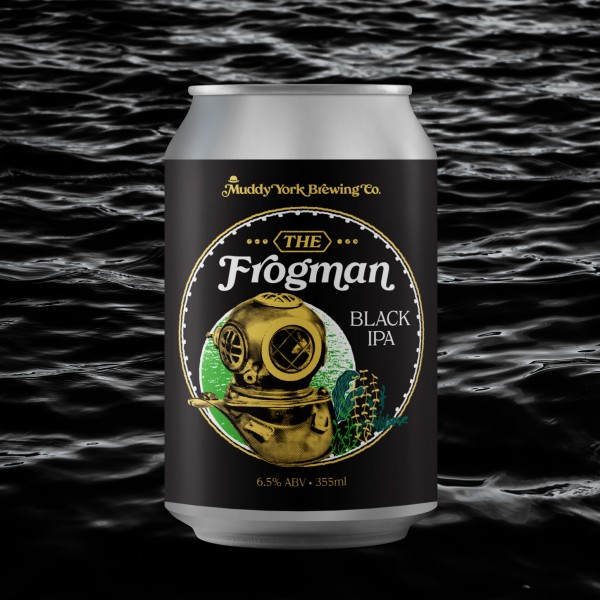 TORONTO, ON – Muddy York Brewing has announced the return of a limited edition beer after a four year hiatus.

Imagine deep-sea diving with a 100lb brass helmet on your head. That’s what the naval divers of the early and mid 20th century were outfitted with for intensive diving operations. These underwater naval divers were known as ‘Frogmen’. You don’t need to be a helmet-wearing, ocean-blasting commando to enjoy this west-coast style black IPA. Hopped and double dry-hopped with Ekuanot, Citra and Idaho 7 – with the inclusion of dark roasted malt – there is nothing like it on land or sea.

The Frogman is available now at the Muddy York retail store and online shop.