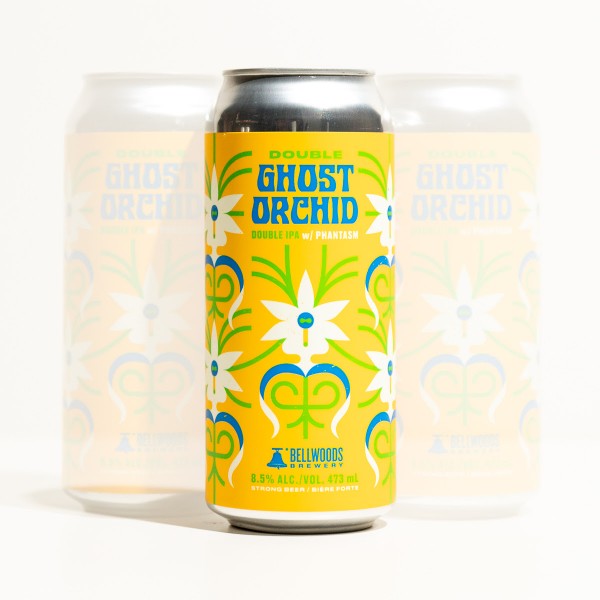 TORONTO, ON – Bellwoods Brewery has announced the release of a new amped-up variant on its Ghost Orchid IPA.

Double Ghost Orchid w/ Phantasm may sound a little frightening — What’s a Phantasm?? And is there one right behind me!? — but we needn’t be afraid. The beer beneath the somewhat paranormal-sounding moniker is highly-drinkable with floral oomph and notes of passionfruit and canned pineapple.

And though we’ve established that this Double IPA is not scary, be forewarned that it most certainly is scarce! Double Ghost Orchid, like its singular counterpart, features Nelson Sauvin — a hop that is hard to come by and highly coveted. Read: this otherworldly apparition will soon disappear into the ether.

P.S. Phantasm is actually a sauv blanc-derived, thiol-rich powder dreamed up by Jos Ruffell (of Garage Project in NZ) in the name of bringing enhanced hop aroma to the people (you, wherever you may be).