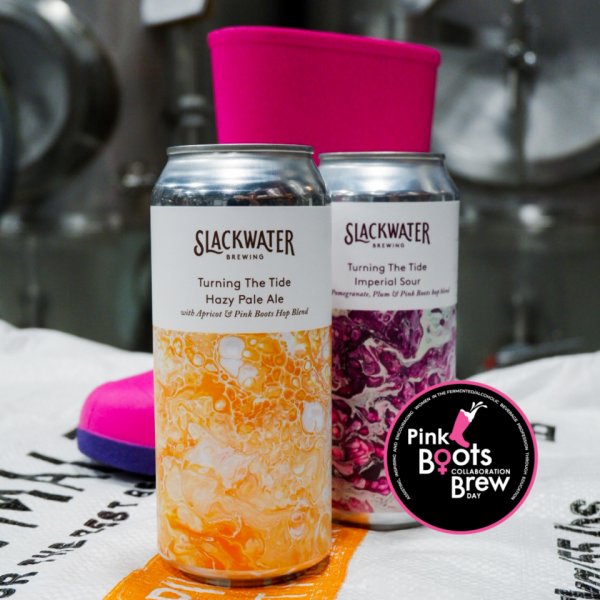 PENTICTON, BC – Slackwater Brewing has announced the release of a pair of new mixed four-packs.

We’re back for our third annual installment in support of the Pink Boots Society with a delicious four-pack mixer featuring an Apricot Hazy Pale Ale (5% abv), and Imperial Sour with Pomegranate and Plum (7% abv), both dry-hopped with this year’s Yakima Chief Hops Pink Boots hop blend. The beers in this exclusive mix-pack were designed by the phenomenal women in our workforce.⁠ Partial proceeds go to Pink Boots Society Canada. 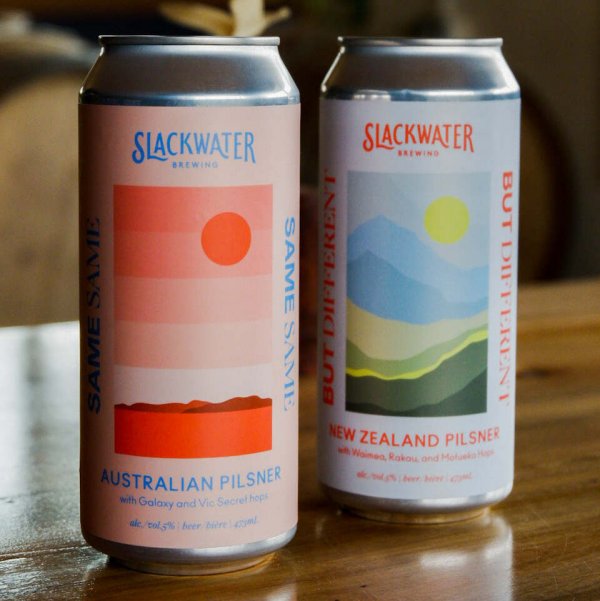 A new limited series, where our brew team chooses a common base style and brews two different expressions, forming these beautiful mixed-four packs.⁠ Our second release features an Australian Pilsner (5% abv) with Galaxy & Vic Secret and a New Zealand Pilsner (5% abv) with Rakua, Waimea & Motueka. Compare the two side by side, each nuanced by the phenomenal Southern Hemisphere hop varietals. Perfect beer as we approach spring!

Both packs are available now at the Slackwater taproom and online store.