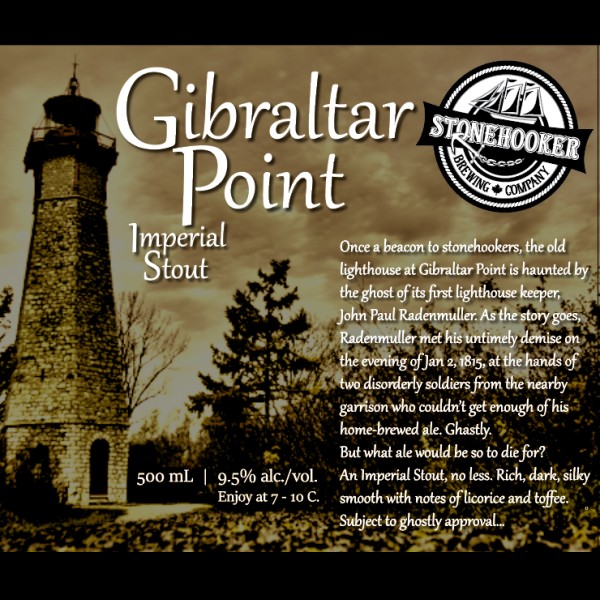 MISSISSAUGA, ON – Stonehooker Brewing has announced the release of a new beer inspired by a local legend.

The lighthouse on Centre Island’s Gibraltar point is rumoured to be haunted by the ghost of its first lighthouse keeper, JP Radenmuller. He met his untimely demise at the hands of two soldiers from the nearby garrison who couldn’t get enough of his home-brewed beer. The dark story deserves a dark beer to go with it. Black as coal, rich and smooth with notes of licorice and toffee. A winter warmer and slow sipper, subject to ghostly approval.