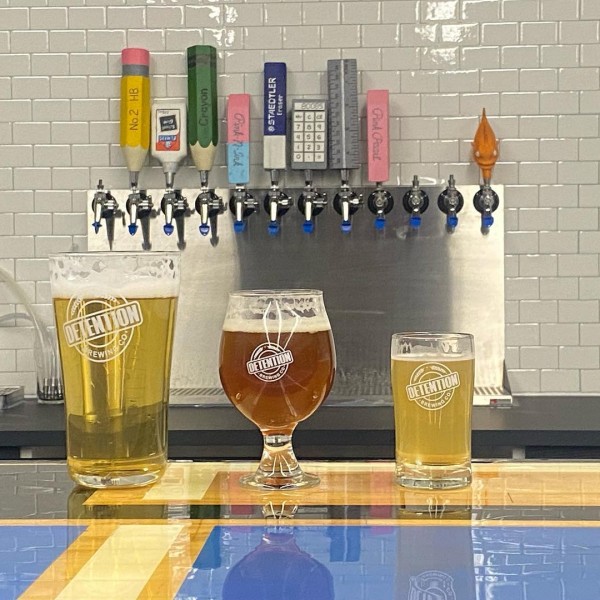 ROSALIND, AB – A former school in the central Alberta village of Rosalind is now home to a fittingly-named and family-owned brewery.

Detention Brewing has been established by Mark and Tammy Langille and their son Wyatt, all of them former students of Rosalind Centralized School which closed in 2013 after almost six decades of serving the community. The family purchased the building when it went up for tender several years later and have spent the time since on renovating the facility in to a brewery, with features such as the brewhouse installed in the gymnasium, and the former science lab converted into a tasting room. 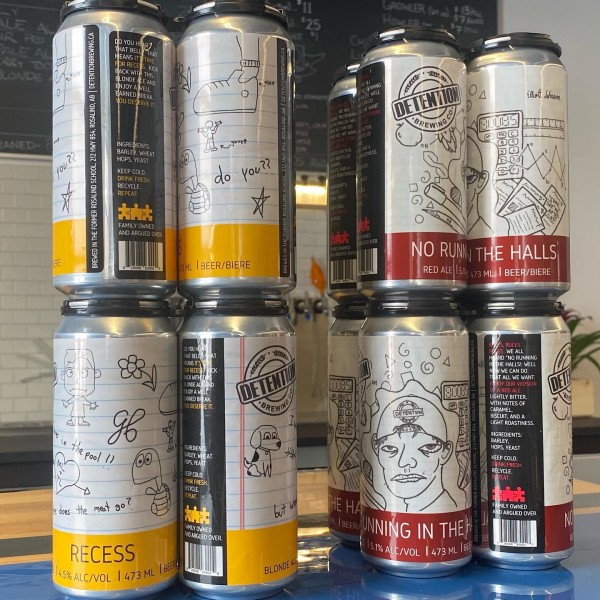 Detention opened its doors last Friday March 4th, and is currently offering two brands – Recess Blonde Ale (4.5% abv) and No Running In The Halls Red Ale (5.1% abv) – on tap in the tasting room and in cans to go. Two other beers – Milk Stout and Single-Hop Pale Ale – are pouring on draught, and the tasting room also has a food menu featuring savoury pies from South Island Pie Co., prepared meals from Twists & More, an “Adult Lunchables” board with locally sourced meats and cheeses, and other snacks.