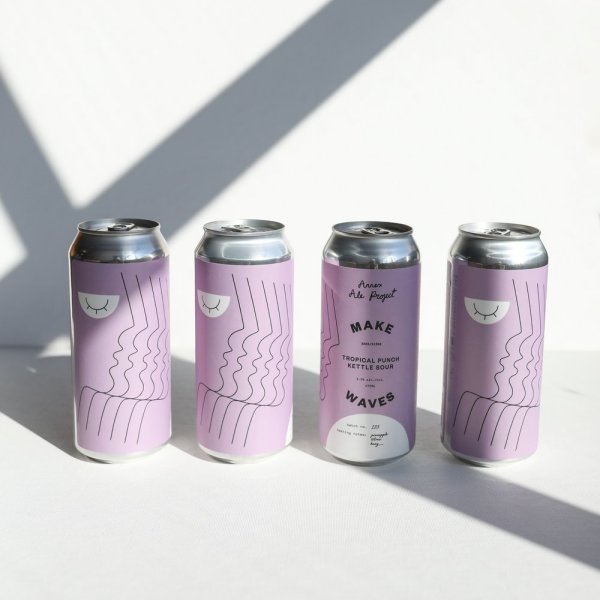 CALGARY, AB – Annex Ale Project has announced the release of a new beer in celebration of International Women’s Day.

Make Waves Tropical Punch Sour (5.5% abv) was made with passion fruit, kiwi, and pineapple, with the brewery saying that “it might be the best combination of fruit that we have ever put into a fruited sour.”

Make Waves is available now at the Annex retail store and online shop., and soon at select beer retailers in Alberta. Proceeds will go to DirectHer Network, an Alberta-based charity with the mission to “elevate more women and gender-diverse folk into board positions in the beer and restaurant industry.”